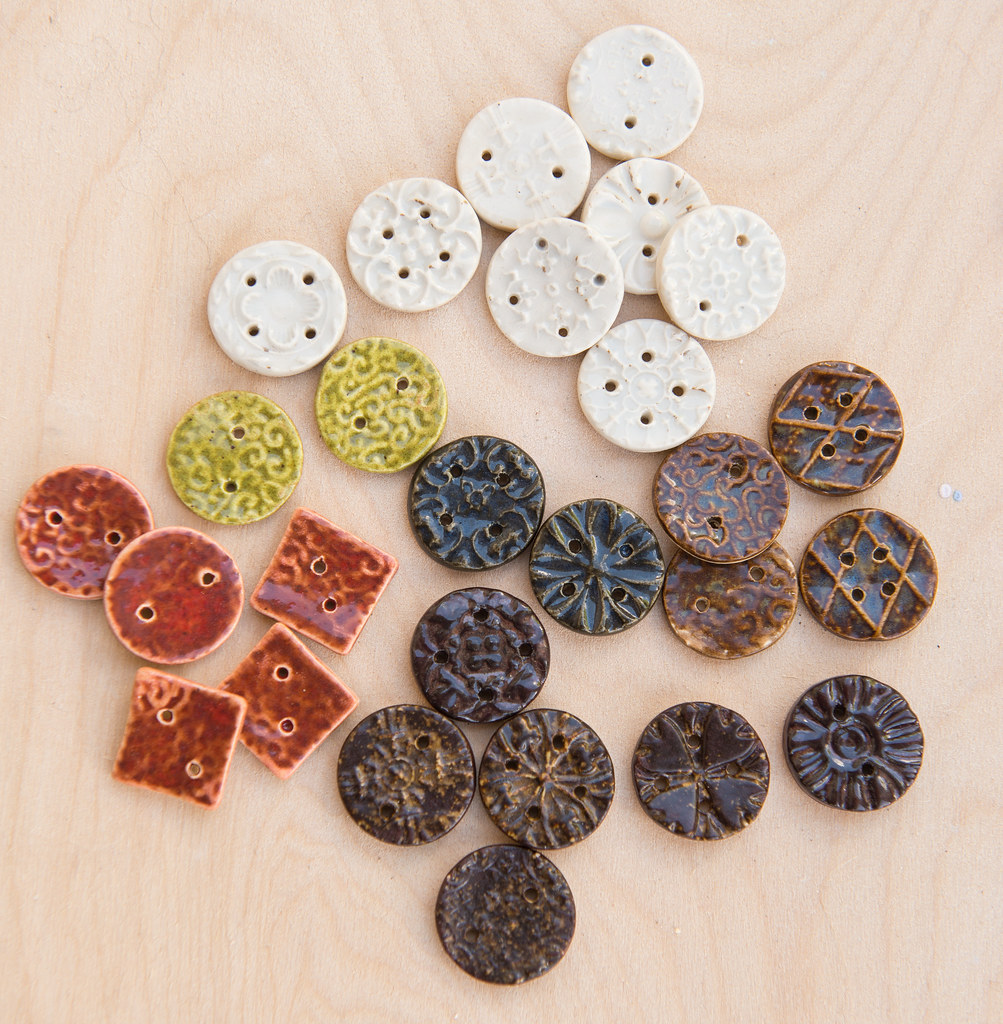 I have two mid/high- fire/stoneware clays and a bunch of Cone 5-6 Amaco glazes, and it was time to try them out. I decided to try buttons- something little enough to not be a major loss if they go all wrong, and pretty useful (I sew, knit and crochet, too). So, I made some biggish buttons. 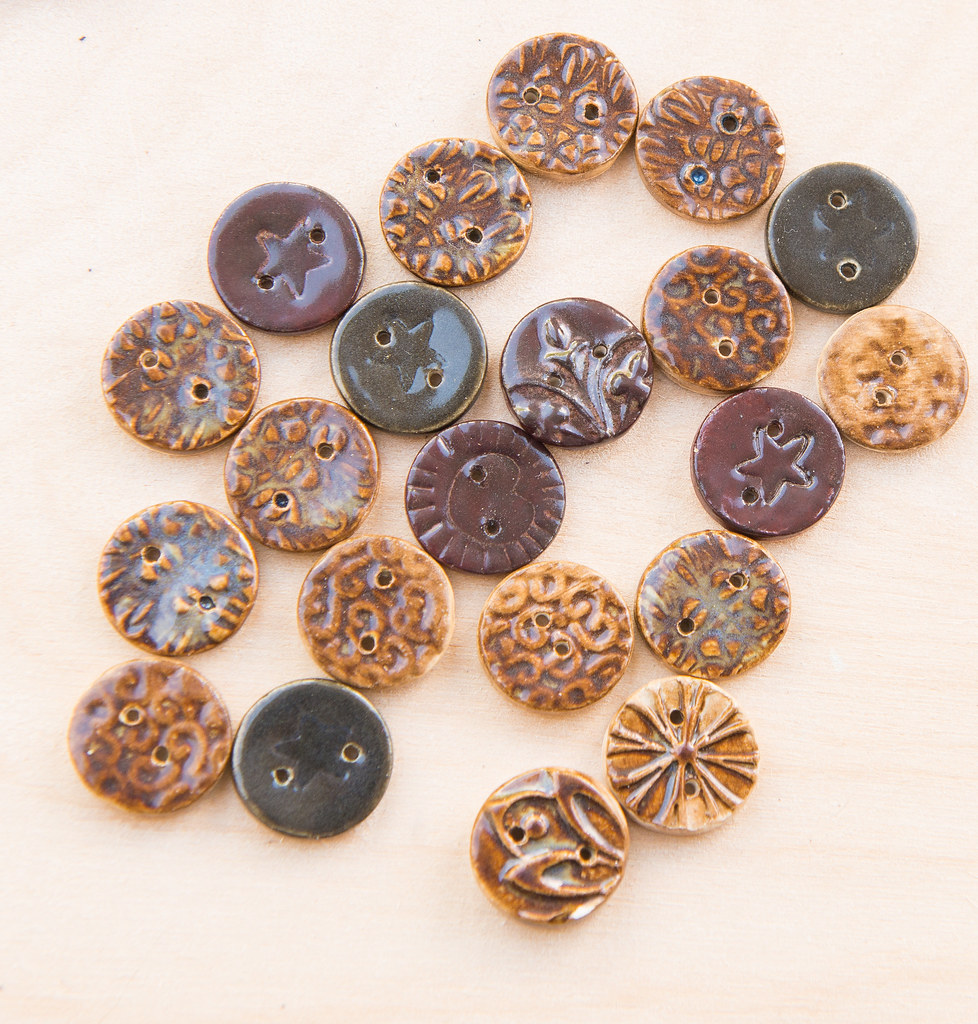 I made some smallish buttons. 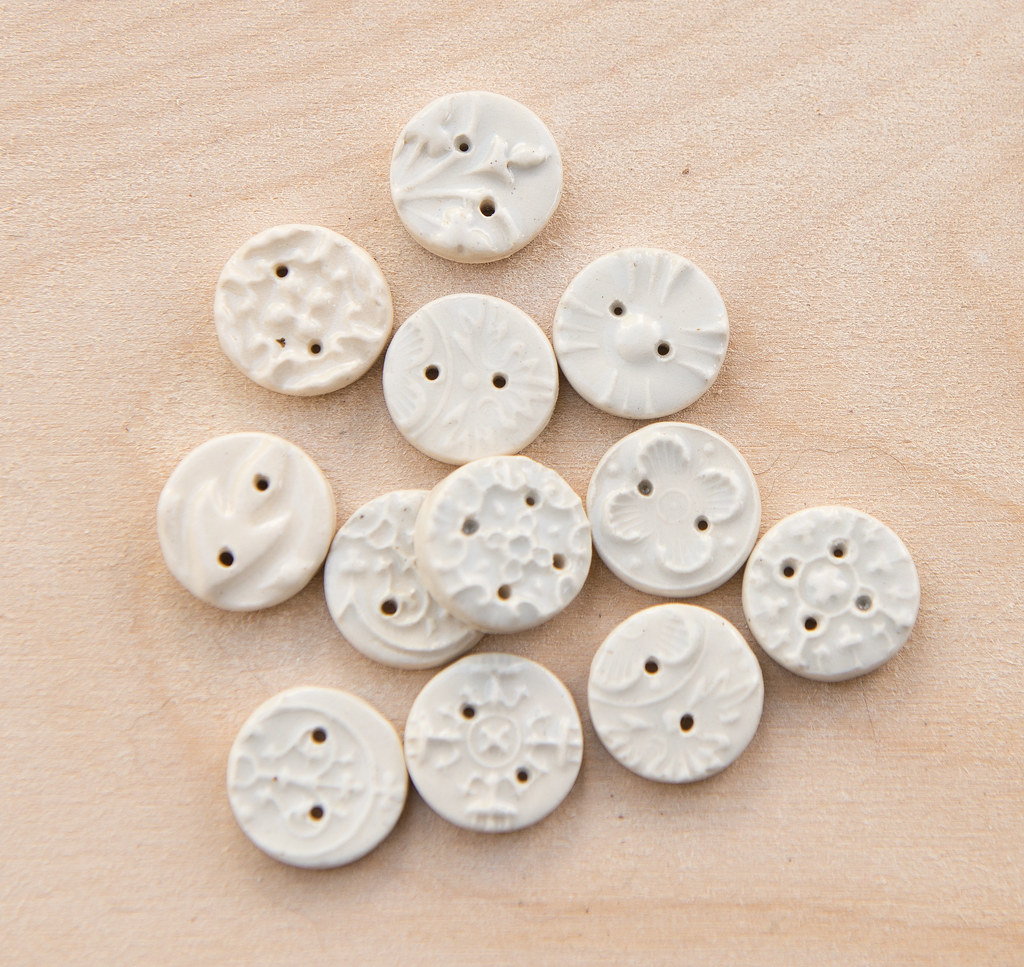 I made whitish buttons (technically, these were mostly done with a pale blue glaze, but, it just reads white on things so tiny, I guess). 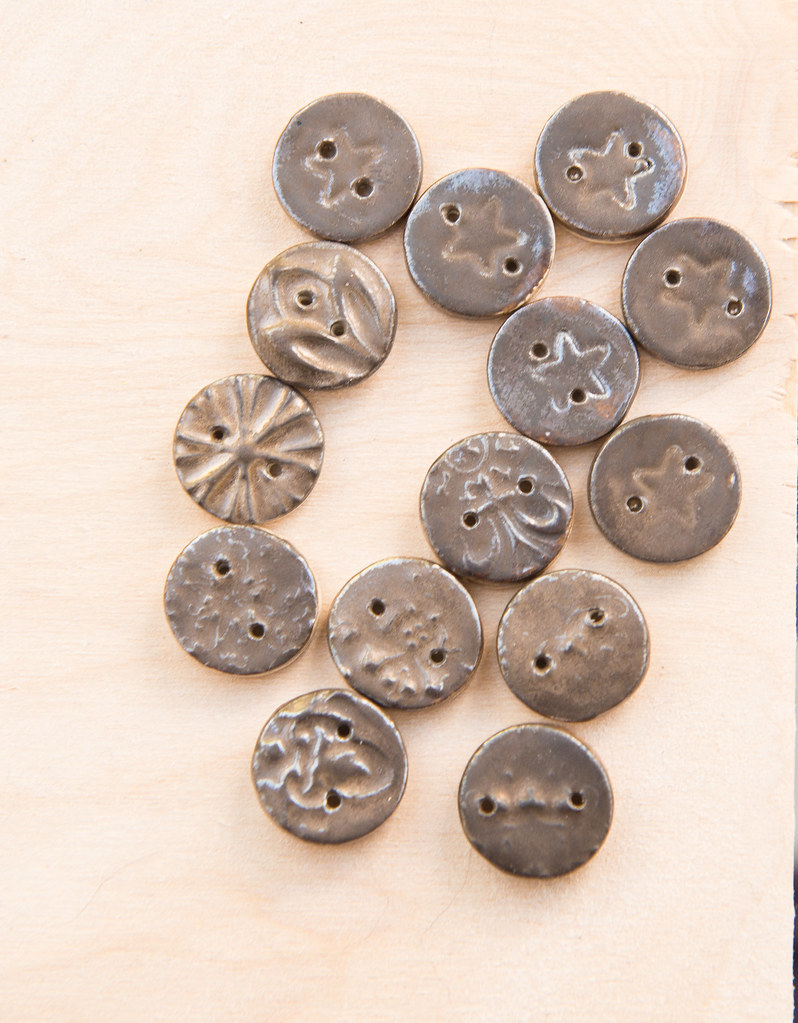 I made gold-ish buttons. 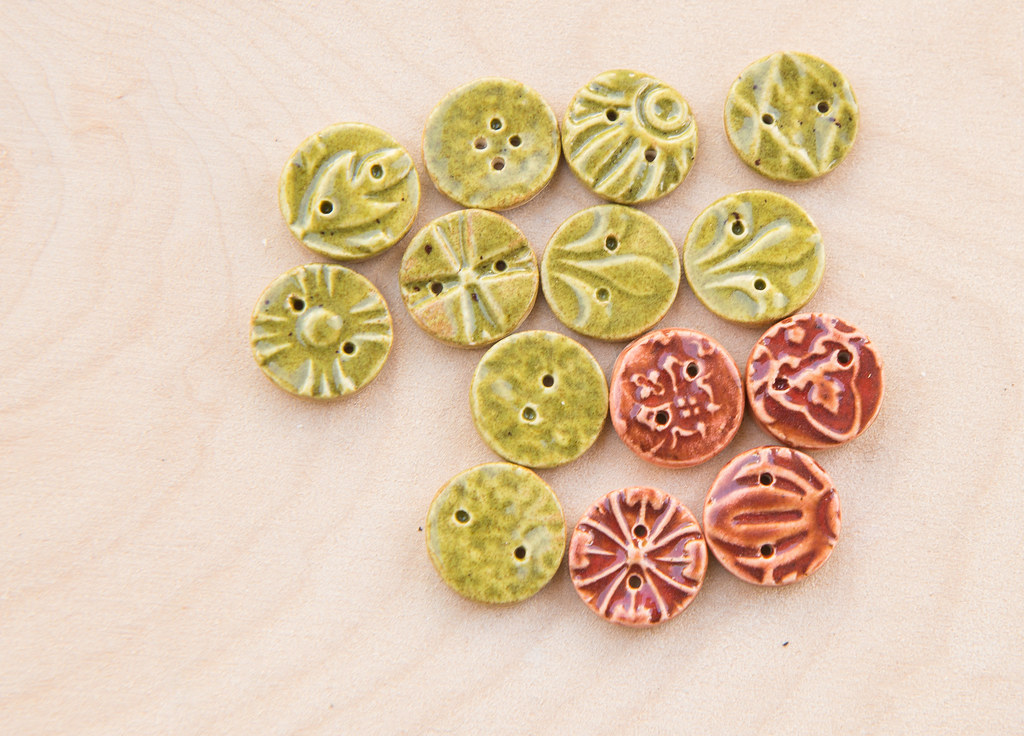 And these. I even made MORE little buttons, but, they didn’t make it into the kiln- I accidentally sent the plate I was using to hold them as I loaded the kiln crashing to the floor halfway through, so I imagine we’ll find little half baked buttons in nooks and crannies all over the garage! 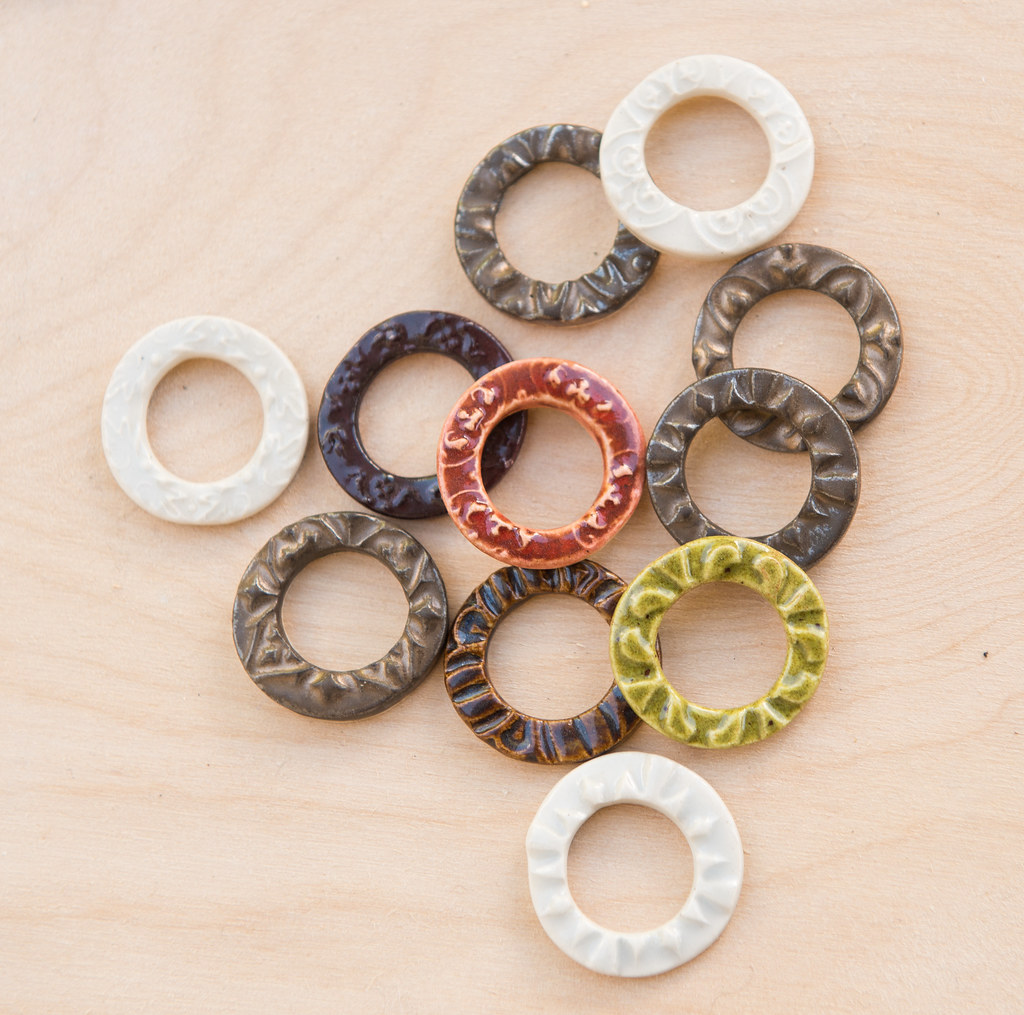 These were just a way to use up the stamped clay around some of the smaller buttons- that texture sheet is 12 squares stuck together, so when I took just the center out of each square, I was able to squeak these little rings out of the remainder. I’m honestly not sure what I’ll do with them, they sound nice when they’re jostled around, so maybe a wind chime? They might make nice zipper pulls or pendants, too. 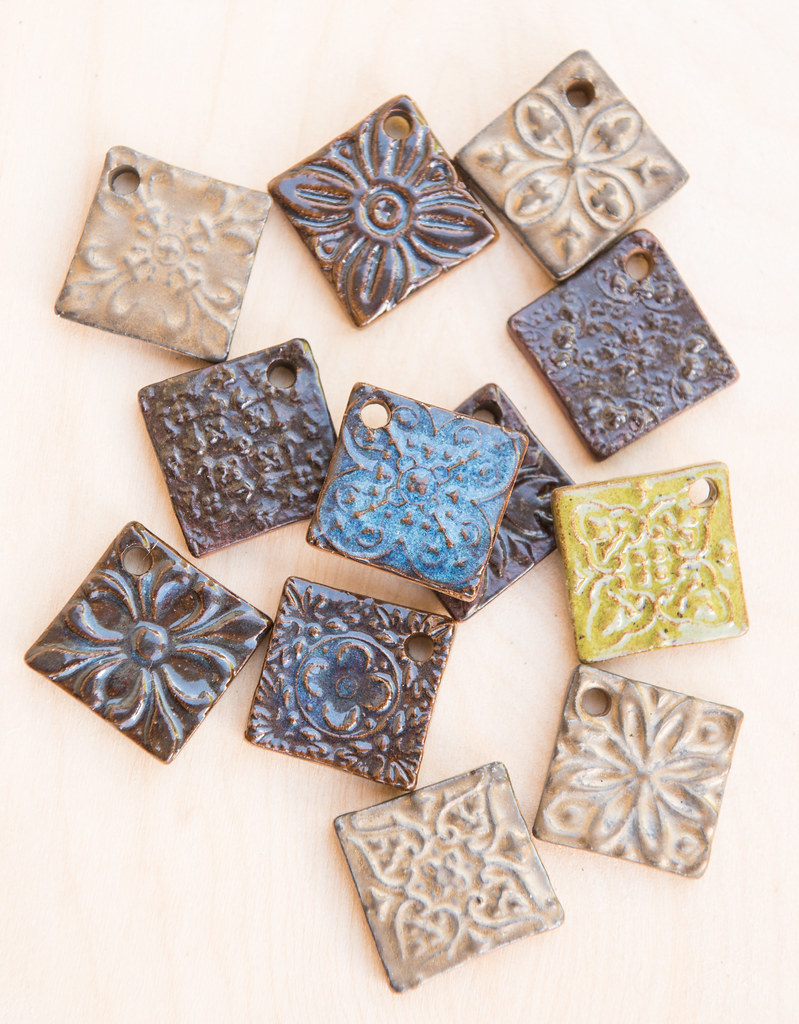 Some little square pendants- and one that didn’t catch a hole! These are all with a brown clay, really like how these glazes looked over it when they broke over the texture. 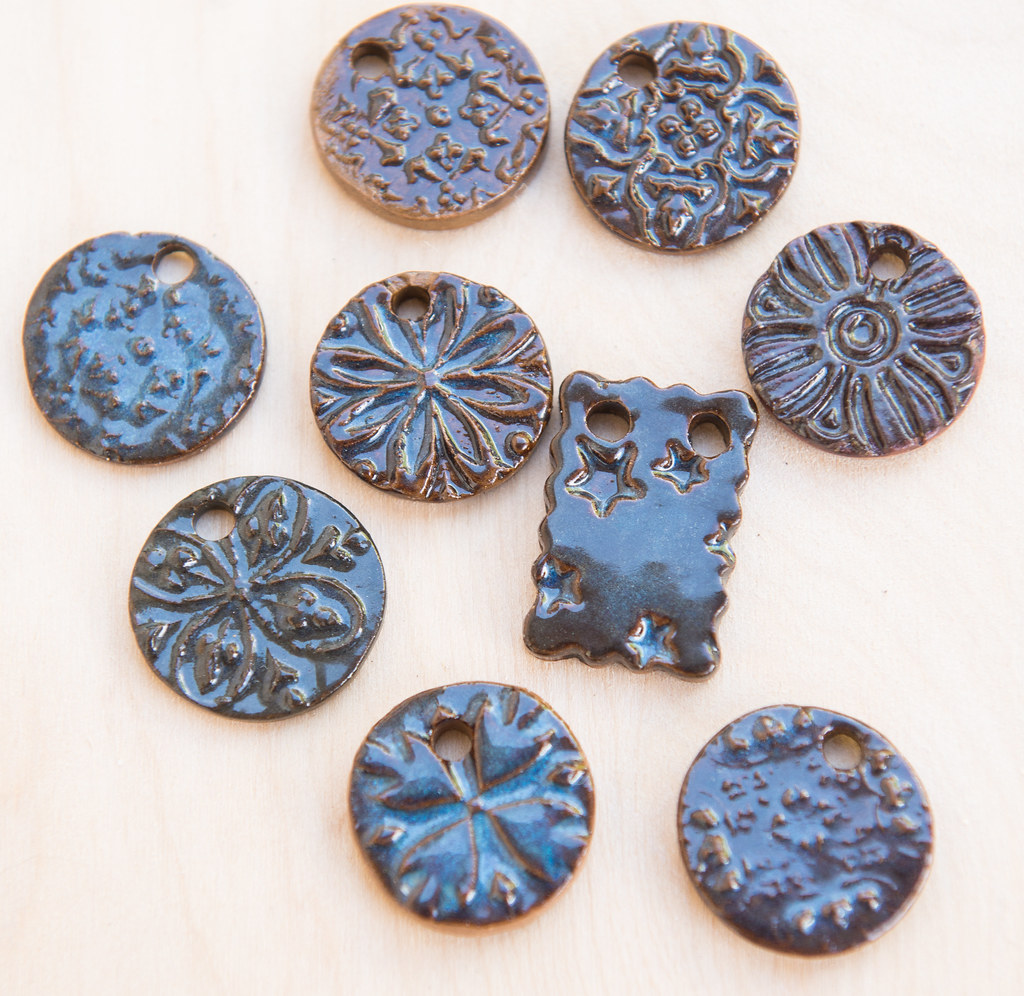 I didn’t love it as much with my darkest blue glaze- almost too dark. Hey, that’s why we test. 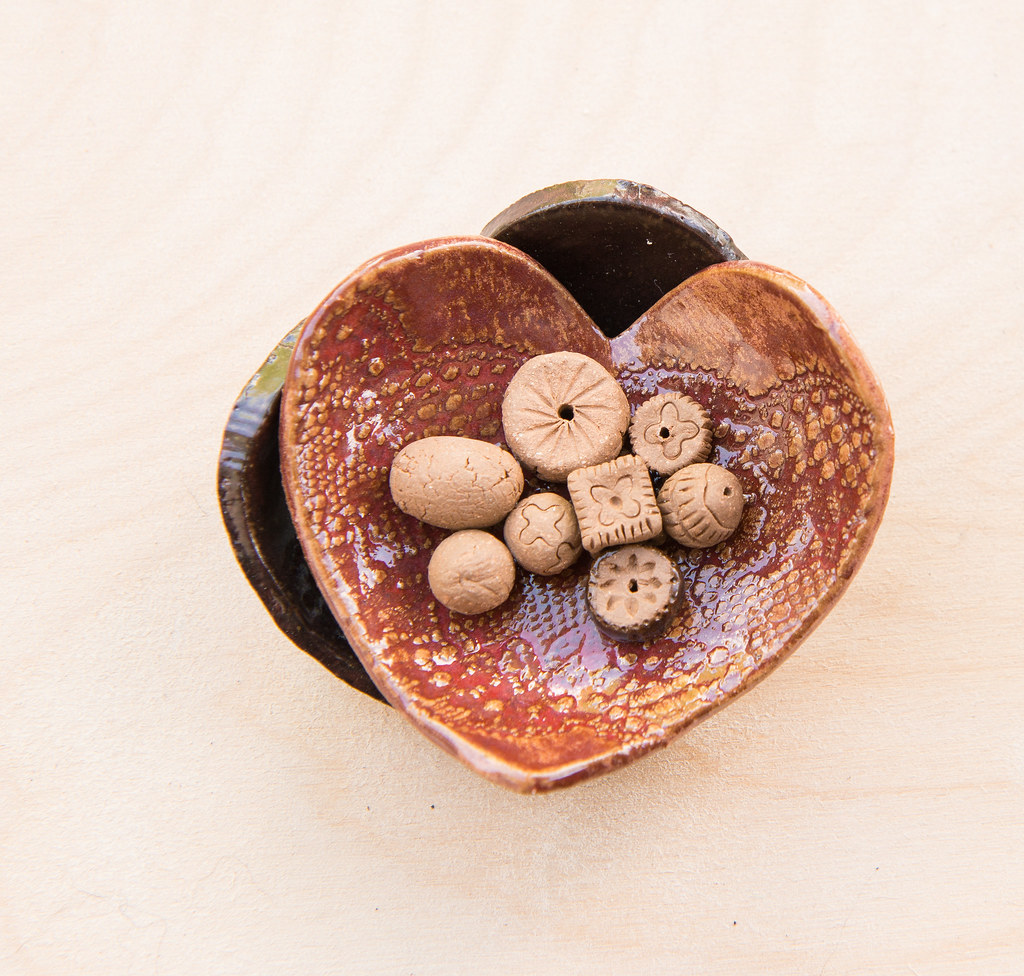 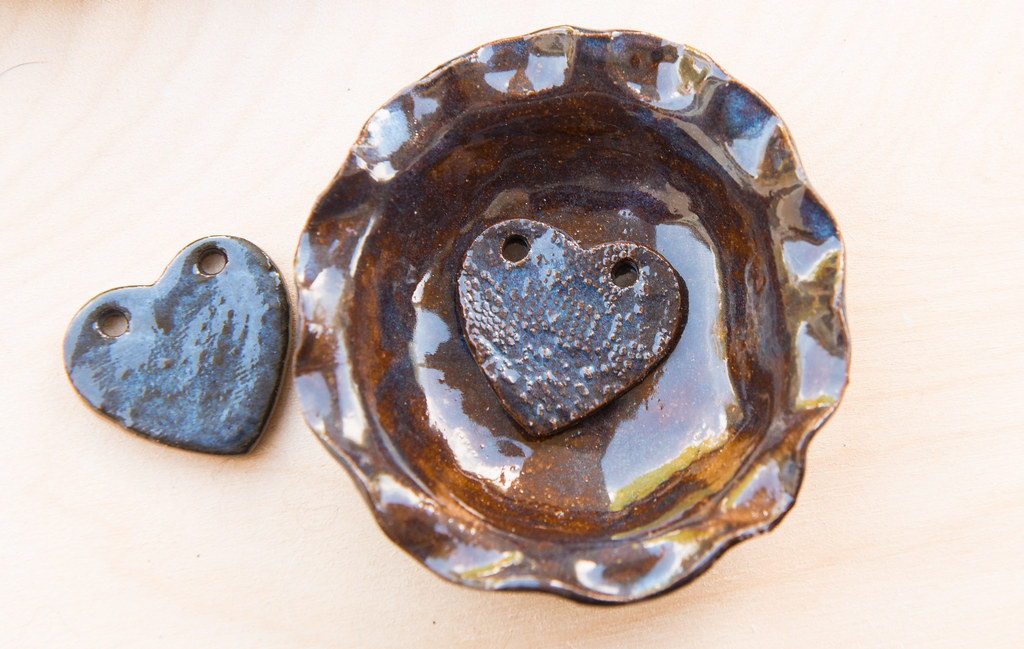 Another batch of low fire/earthen ware stuff drying, including…. more buttons. It will be fun to do them in the bright colors I can get with those glazes. 🙂